Halloween Comic Fest 2018 Is Here and So Are Matt’s Top Recommendations!

Halloween Comic Fest is happening here at Fanfare all-day on Saturday, October 26th! We will have free comics to give out throughout the day and if you wear your costume we will feature you on our social media pages (Facebook, Twitter, Instagram)!

To help us get ready for the big event, Matt, Fanfare’s Cryptkeeper of Cool, is helping to count us down to the big day with movie and comic recomendations throughout the week! So without further ado, here’s Matt!

Well, I never thought I’d be recommending an Incredible Hulk comic for a horror list, but here we are. This comic has completely blown me away. Ewing and Bennett’s story offers a mixture of action and suspense that incorporates incredibly effective body horror along the way. The book’s creative team brings fresh new ideas and twists to the Hulk mythos, exploring the gamma powered characters of the Marvel U. and the monstrous versions of themselves that they transform into due to their irradiated origins.  The mysterious “Green Door” and its connection to the Hulk brings an almost Lovecraftian theme to the story and introduces a sense of dread to the book unlike any other Hulk story before. Do not sleep on this comic, it is one of the best reads I have had all year long. 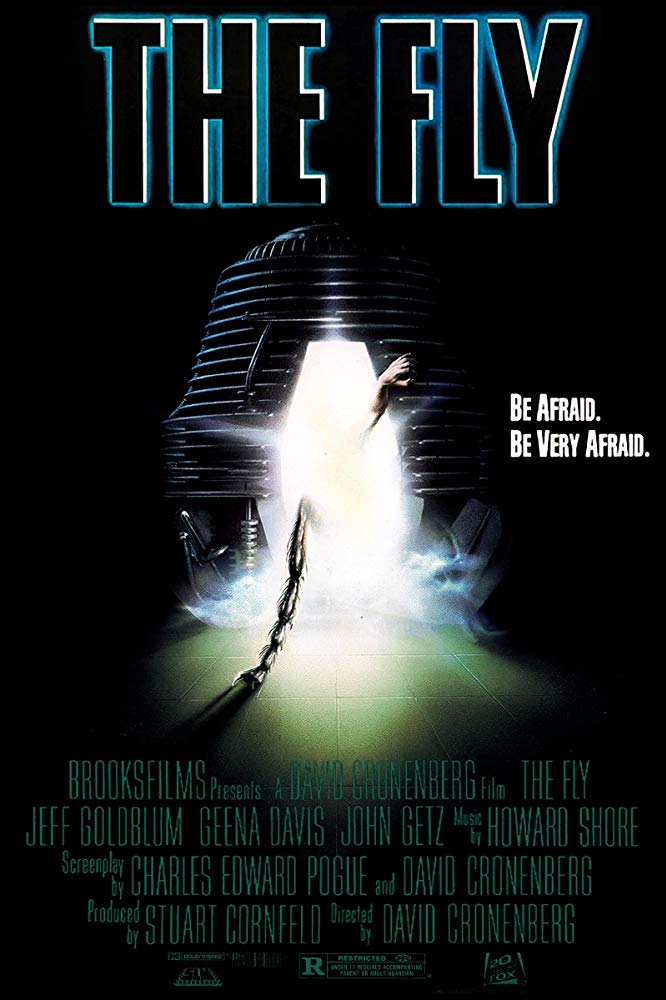 My movie recomendation for the day is this 1986 remake of the amazing classic horror/sci-fi film The Fly.

In The Fly, a brilliant scientist named Seth Brundle creates a successful teleportation unit and decides it is time to see if it will teleport a human being. The guinea pig for this first test is none other than Seth himself. Things go a bit wrong when a fly enters the unit with him during teleportation and the fly’s DNA mixes with Brundle’s. Following this, Brundle’s body and mind starts to deteriorate until his humanity has eroded and left him a human fly monster.

The movie’s director, David Cronenberg (master of body horror), delivers one of the best movie remakes I have ever seen with some of the greatest practical horror effects ever put onto film. Not only that, but the film stars Jeff Goldblum, so you know that there is a high level of zaniness delivered in the performance as well.