Halloween Comic Fest is on October 28th…just 5 days away! We’re getting all the cool free comics ready for you and we are super excited to see what costumes you’ve all thought up. That said, if you still need some Halloween inspiration, Matt is here with today’s comic and movie recommendations for his Countdown To Halloween Comic Fest! Take it away Matt:

The comic selection for today is none other than American Vampire by Scott Snyder and Rafael Albuquerque (one of my all-time favorite artists). 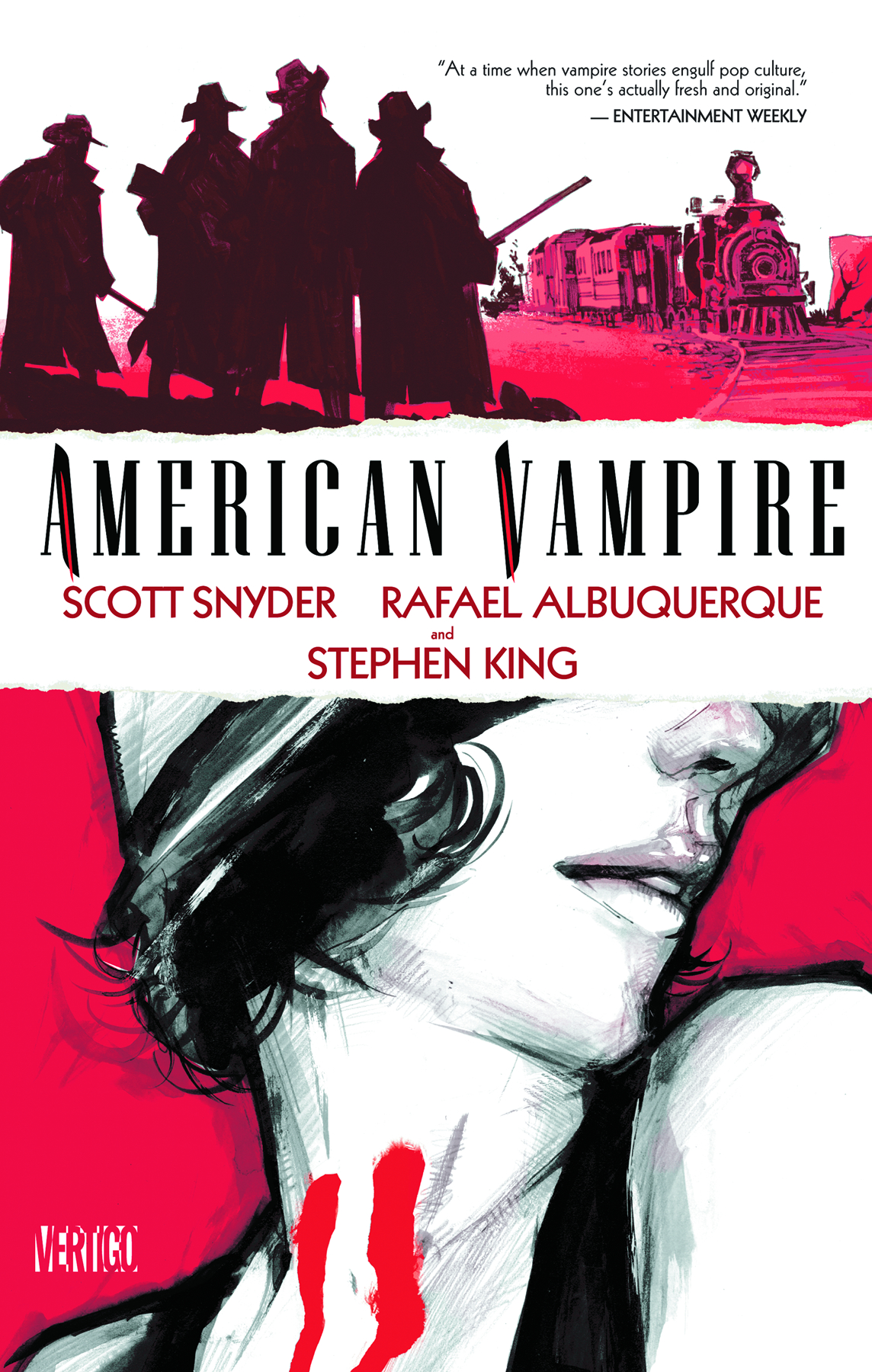 The series follows a new breed of vampire that now lives in America with a narrative that spans generations rather than focusing on just one specific time frame. In American Vampire you could be reading a story set in 1920’s LA or one that explores the history of these vampires during the time of the Old West.

The first volume is definitely my favorite in the series and it happens to feature a story written by none other than Stephen King himself! Albuquerque breathes life into these undead characters with a style you simply need to see to believe. His use of deep blacks and masterful brushwork make this a vampire story you’ll want to sink your teeth into! [Nailed that vampire joke -ed]

Once you’ve caught your breath from reading American Vampire you can kick back on the couch and check out today’s film recommendation It Follows by writer/director David Robert Mitchell.

You may have heard about this film recently as it is relatively new (2014) and it stands out among the less than stellar entries in the horror genre from the last couple of years.

This film centers on a ghost. A ghost who targets a specific individual and will constantly, slowly, follow and hunt that person until it finally gets them or they do something to pass the haunting onto another person.

The movie is definitely an original and welcomed entry into the horror genre. The cinematography is fantastic and feels like its plucked right out of the 80’s. I’m looking forward to seeing what David Robert Mitchell comes up with next.

Enjoy and check back tomorrow for more spooky goodness!